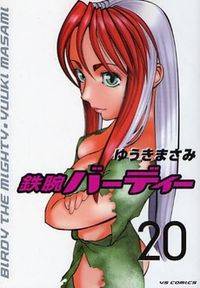 This is the remake version of Tetsuwan Birdy. "The original manga ran in what is now Monthly Sunday, but when Masami Yuki began serializing Kyūkyoku Chōjin R in the pages of Shonen Sunday it began appearing infrequently, and was eventually abandoned. Only one volume was ever collected. In 2003 Masami Yuki moved from Shonen Sunday to Weekly Young Sunday, a seinen magazine, and began drawing a remake version, starting the story from the beginning." --Wikipedia
Subscribe Chapter list
Info! No comments