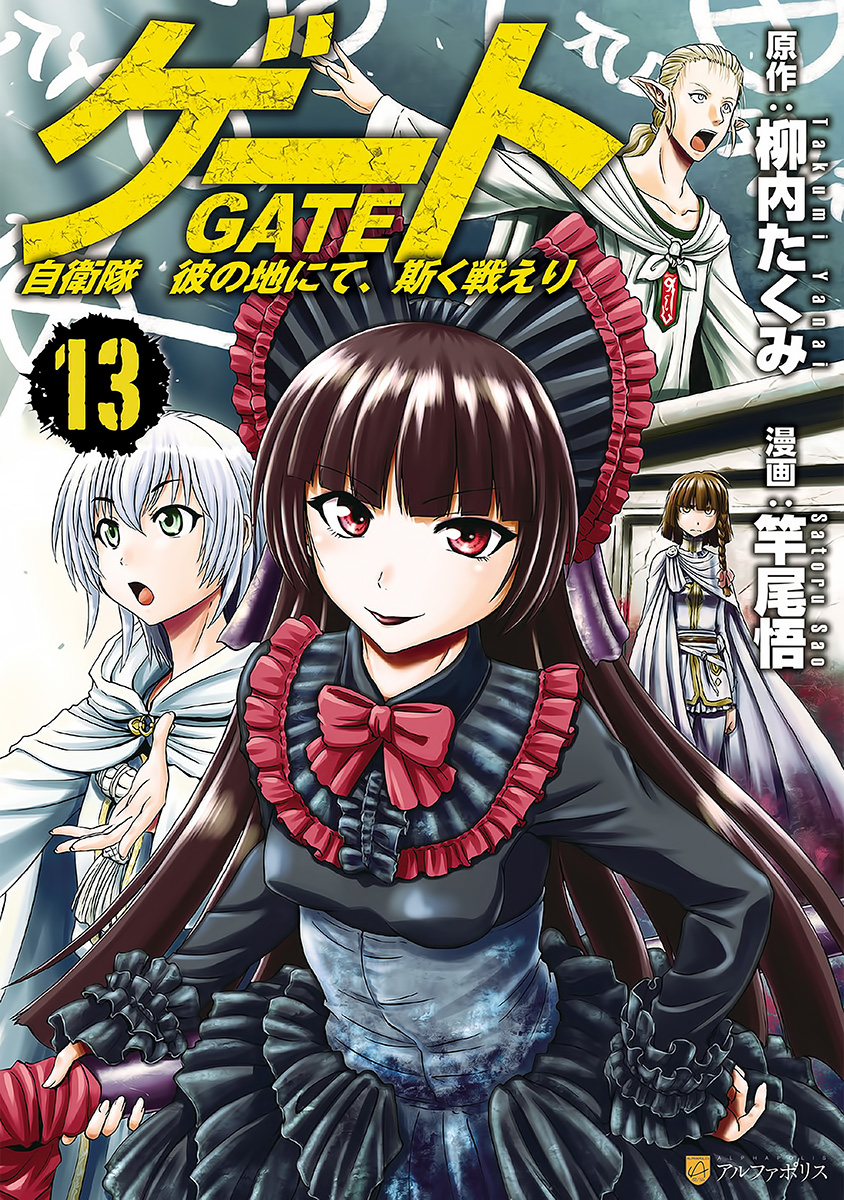 One day in the 21st century, a gate opened in the middle of the Ginza district of Tokyo. Out of the gate poured soldiers and strange creatures, and they soon made Ginza look like an image of hell. The gate apparently connected Japan to another world, a world with a militant empire and many supernatural creatures. The Japanese Self-Defense Force decided to send a small group, led by a soldier who's also an otaku, into the other world on a reconnaissance mission. They're meant to learn what they can about the empire (and its plans), the world, and the people.They're hardly in the world yet, though, when they come across a village destroyed by a giant fire-breathing dragon. The only survivor is an unconscious elven girl they find hidden in a well. Now they feel like they must warn the nearby towns about the dragon, and do what they can to help. On the way, they'll meet more magical, female companions, and learn more about this dangerous new world. [tethysdust]