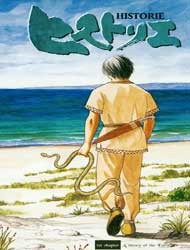 Historie takes place in ancient Greece and follows the life of Eumenes and his childhood, who would later in his life grow up to be the secretary and general to Alexander the Great.Historie has won the (14th) Media Arts Awards 2010 "Grand Prize" in Manga Division,and was also a finalist for the 10th Osamu Tezuka Culture Award.
Subscribe Chapter list
Info! No comments