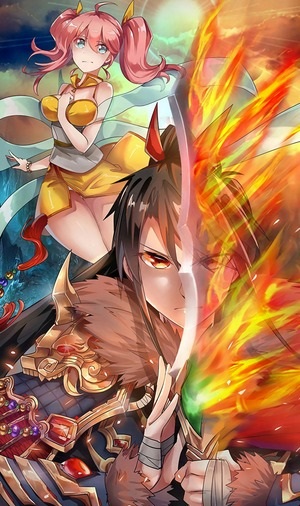 In the Canglan Continent, only those that who manage to awaken a Martial Spirit can walk on the path of cultivation. In this world, only those with stronger martial spirits can communicate with the heavens and earth. Qin Nan, born in Linshui City, was a peerless genius who possessed talent and was thought to become a great cultivator in the future. However, things changed when he ended up awakening a grade 1 Martial Spirit, resulting in him being considered as trash.Fortunately enough, Qin Nan was struck by a ray of lightning while practicing his martial arts and coincidentally obtained the Divine Battle Spirit, which was capable of levelling up. Breaking the ultimate rule of the Canglan Continent, little did Qin Nan knew that his Martial Spirit possessed a great secret that will slowly unravel the mystery as the story goes on.Now join Qin Nan and his companion along their journey, battling against various opponents, outsmarting their enemies and seeking the answers to unveil mysteries