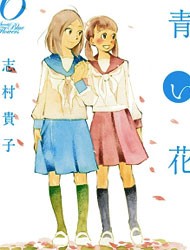 Fumi and Akira were best friends when they were little, with Akira always looking after the crybaby Fumi, but that all ended when Fumi's family moved away. Several years later, Fumi's family returned, and she and Akira happened to bump into each other on their way to school. They became friends again, quickly slipping back into old patterns. Shortly after, Fumi began dating a cool, attractive upperclassman who, coincidentally enough, had ties to Akira's current school, the prestigious Fujigaya Girls' Academy.
Subscribe Chapter list
Info! No comments